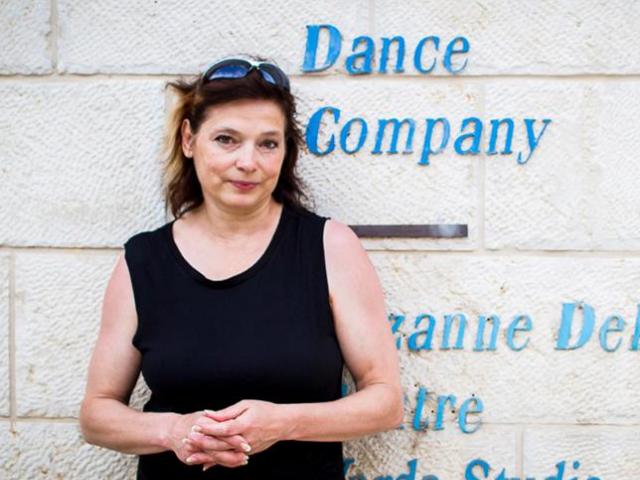 I am excited that Czech contemporary dance is playing such a big role in the festival’s programme and there’s a whole CHECK THE CZECHS module this year!

The Czech dance scene has been growing incredibly fast and that’s quite visible especially during the last decade. The whole process can be described as synergy due to a lot of reasons like the growing number of: new venues suitable for the needs of contemporary dance in Prague, artists with diverse backgrounds who are interested in international collaboration, artistic residencies, festivals in the country, etc.

The results we see are happening in the spirit of national and international collaboration and knowledge exchange.

I did propose several interesting and different performances to the organisers of ONE DANCE WEEK and I’m quite happy of the selection. I’m sure that we included great and very diverse shows in the programme.

Vera Ondrasikova is taking the risk of working with new technologies and is making a lot of innovative findings along the way. Her show – GUIDE – lets us enter a mysterious world which we’ve never seen before. On stage the audience can meet one fo the best artists at the moment under the name of Jaro Ondruš. On the other side, there are the 2 shows of SPITFIRE COMPANY that are a total opposite of GUIDE. They are both undoubtly very powerful female perfomances, directed by Petr Bohac, but at the same time quite different from each other. Cécile da Costa is just amazing in THE NARRATOR and is able to touch some of the most intimate spots of the female soul and indentity and Marketa Vacovska, on the other side, portrays the male energy in every move she makes, which also is right on track with the idea behind ONE STEP BEFORE THE FALL, e.g. we are all fighters.

I wish the 10th jubilee edition of ONE DANCE WEEK bigger and better audience and also more public support because there isn’t an event of this magnitude and with greater international recognition in Bulgaria. Good luck! — Yvona Kreuzmannova, Tanec Praha

Yvona Kreuzmannová studied dance science at the Academy of Fine Arts in Prague. She then founded the civic association “Tanec Praha”, where she was responsible for the management, fundraising and artistic leadership.

From September 2006 to September 2008, she worked as an external adviser to the Deputy Minister, and later to the Minister of Culture of the Czech Republic. At the same time, she accepted the Government’s proposal to be responsible for the official launch of the Czech EU presidency. In the period 2008 – 2011 she was the artistic director of the project Pilsen 2015 – European Capital of Culture.

The greatest distinction she received is the National Order of Merit, which she was awarded in 2004 by the French president for her positive influence in the European cultural cooperation.

She is a member of international networks and juries such as IETM (Informal European Theater Meeting), EDN (European Dancehouse Network), the Czech section of ITI (International Theater Institute / UNESCO) and the European Committee of the State Council on Non-Governmental Organizations. In 2009 she became a co-founder and associate director of the Aerowaves network and a partner of Be SpectACTive !, funded by the EU’s Creative Europe program.

ONE DANCE WEEK is organized by ONE Foundation for Culture and Arts in partnership with the America for Bulgaria Foundation. THE PROJECT IS PART OF THE PROGRAM OF PLOVDIV – EUROPEAN CAPITAL OF CULTURE 2019.

The festival is organised with the general support of Visa – a global payments technology company that connects consumers, businesses, financial institutions and governments in more than 200 countries and territories, enabling them to use electronic payments instead of cash and checks, and of Programista; – one of the fastest-growing IT companies in Bulgaria which was recognised as Software Company of the Year 2017 by BASSCOM and BOA.

The festival is organised with the main support of TELUS International Europe – the biggest employer in the BPO sector in Bulgaria and Putishta Plovdiv.

Back to all articles